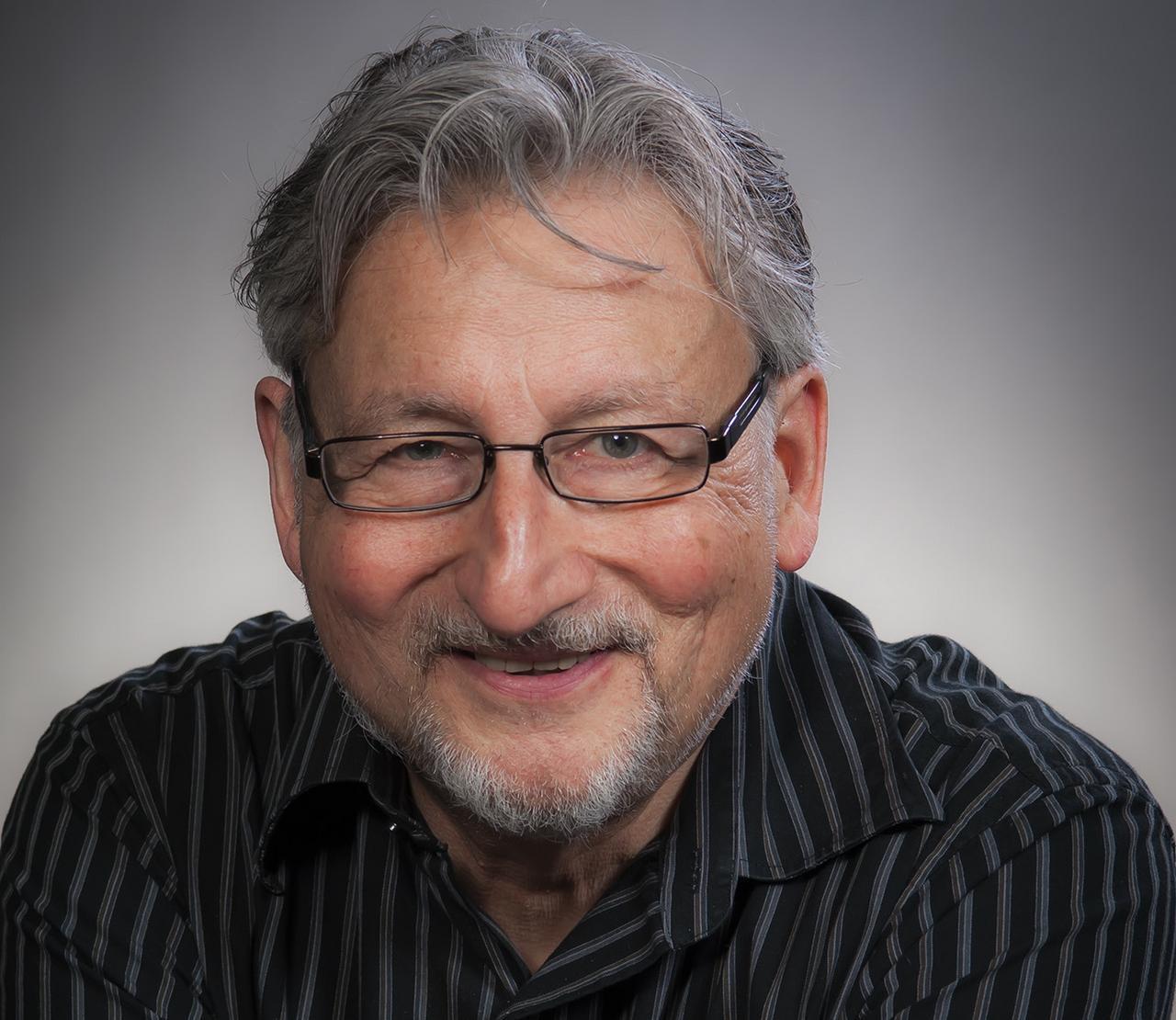 Alan Davis grew up in Louisiana near the mouth of the Mississippi and later moved to Denver, just east of the Front Range of the Rocky Mountains, where he earned a Ph.D. at the University of Denver. "Although these stories occur in many different parts of the country," Debra Marquart wrote of one of his books, "they are aesthetically shaped by the landscape of Louisiana, the muddy delta, and the oily bayou - the bottomland to which all things flow."

"I kept thinking that I wouldn't mind ending up as a character in one of his stories," Dorothy Allison wrote about another in The New York Times Book Review. "Odds are, he'd do me justice."

His three collections of stories are So Bravely Vegetative (winner of The Prize Americana for Fiction), Alone with the Owl and Rumors from the Lost World (both winners of the Many Voices Project Competition).

"There is magic in a world that still somehow seems devoid of magic." (Publishers Weekly).

"A magical collection of stories, one of the best I've encountered in years," Tim O'Brien wrote. "It's hard to convey my enthusiasm for this book - all the ordinary adjectives of praise seem trite and inadequate. But as personal testimony, I can say that I was tremendously moved and enlightened by each story, and that the collection as a whole lingers in my memory like a hometown - a place I once lived in and once loved."

He's co-editor of Visiting Bob: Poems Inspired by the Life and Work of Bob Dylan and of 10 editions of American Fiction: The Best Unpublished Short Stories by Emerging Writers, which Writer's Digest chose twice during his tenure as one of the top 15 places to publish fiction in the United States. His stories and essays have appeared in The Sun, The Quarterly, The New York Times Book Review, The Hudson Review, The North Dakota Quarterly, South Dakota Review, Image, Kansas Quarterly, Denver Quarterly, Great River Review, Cream City Review, Chattahoochee Review, Consequence: A Literary Magazine Addressing War in the 21st Century, Facing the Change: Personal Encounters with Global Warming, Mental Shoes, and many others.

He has received a Loft-McKnight Award of Distinction in Creative Prose, a Minnesota State Arts Board Fellowship, a Fulbright to Slovenia, a Fulbright-Hays Grant to Indonesia, and other distinctions. He has taught workshops, seminars, and given readings at numerous universities and colleges, bookstores and other venues in the United States, Great Britain (England, Scotland, and Wales), Ireland, Slovenia and Norway. He has led or co-led numerous student study tours to Ireland, Great Britain, Iceland, and western Europe.

He served as Editor of New Rivers Press from 2001–2016, when he retired. "My greatest appreciation goes to our authors and editors, to the many writers who submitted manuscripts (whether we could publish them or not), to colleagues and interns, and to book-buying readers. Lisa Gill's Mortar and Pestle, an astonishing book of poetry written in the aftermath of an MS diagnosis, is a profound work of the imagination that incorporates a great deal of lore and learning. Richard Hoffman's Half the House, a memoir about many things, but centered on his sexual abuse at the hands of his baseball coach, a serial molester that the book helped bring to justice, is a powerful testament to the ability of literature to witness the world with grace and bravery. Michael Hettich is one of the best poets writing today; it was a pleasure to reach out to him and convince him to work with us to publish Flock and Shadow: New and Selected Poems. I could name many, many others; they deserve your attention and time. I'm proud of every title we managed to publish." For more about the press, see The Ballad of New Rivers Press, Part One.

"He has an original talent, a feel for action, a sparse yet vivid style, a sharp satirical sense, a keen eye and ear for the follies of the age." -Walker Percy

He now lives in Minnesota near the Mississippi's headwaters, where he's recently completed a dark, dystopian novel-in-stories, Clouds Are the Mountains of the World (see advance comments below) and other work. Professor Emeritus at Minnesota State University and Senior Editor Emeritus at New Rivers Press, he has also taught at the University of North Carolina and at low-residency MFA programs in Maine (Stonecoast) and Connecticut (Fairfield University).

Advance Comments for Clouds Are the Mountains of the World:

"This terrifying and comic novel-in-stories unfolds in the American heartland during a time – not many years hence – when the insurrectionists, militias, and purveyors of fake news have carried the day. Rule of law is a memory. Marauders roam the land, taking and raping what they will. People live by their wits, and scruples are a luxury few can afford. The settings here are exotic, dangerous – burned-out towns, desert borderlands, highways that cut through depopulated prairie, communes controlled by sicko zealots, and the isolated forests of the Boundary Waters. The world Davis conjures is an existential horror, and yet his characters manage to find and create humanity and light, three of them – a grandmother, daughter, and granddaughter – the heroines whose resilience, love, and stoic humor give this book its narrative power and its shimmering, if tentative, offer of hope. Clouds are the Mountains of the World is a compelling vision rendered in language, both surreal and chillingly familiar, that summons the apocalyptic dreams of Bruegel and Bosch."
-Lin Enger, author of American Gospel, Undiscovered Country, The High Divide

"What distinguishes Alan Davis' stark, beautifully written, post-apocalyptic Clouds Are the Mountains of the World from other dystopian novels about a world gone to hell is its very ordinariness, its disconcerting banality. While Davis' vision of a post-Trump world does, indeed, include gun-toting bands of Marauders and militias, corrupt police and crazy radio talk-show hosts, a world of racism and economic and political chaos, they merely form the backdrop for humanity's real scourge—itself. Its selfishness, narcissism, irrational fear, tribalism, and above all, its mindless love of violence. In scene after scene in this novel-in-stories, we see what one of the main characters, Ava, says is the true problem: "Hell is other people." But the novel avoids cynicism and holds out that the only true hope for humanity is also people.  Throughout we see the heroic quest of a family to reunite, despite the social upheaval and the daunting odds against them. Written in sparse, poetic prose, Clouds demonstrates that both our curse and our salvation lie within."
-Michael C. White, author of Soul Catcher, A Brother's Blood and other novels

"The characters in Alan Davis's Clouds are the Mountains of the World are, like many of us, either afflicted by or surviving the impact of two lingering viruses—one of them biological, shared through spit and air, and the other a more insidious, contagious spread of small-minded and fearful ideals that breed violence, ignorance, and distrust. From the inside of a car to the inside of a suburban bubble to the inside of a dive bar, Davis's Midwesterners grapple with or have adapted, in their unique ways, to these destructive outside forces and carry on in their relentlessly, and sometimes absurdly, human ways that can also, despite their intentions, be beautiful. Litta, one of the book's recurring characters, at one point remembers a friend who died and was buried: "It gave her comfort to imagine blossoms growing out of his skull." Davis's America of the future is like that skull, the remains of what was--and what will never be again. His characters are the blossoms growing out of it."

-Kristen Tsetsi, author of The Age of the Child and Pretty Much True

You can read a story from Clouds Are the Mountains of the World here.

The first chapter of a novel-in-progress, The Theater of the Invisible Guests, can be found here.

You can follow him here on Facebook. He works as a mentor and editor with emerging writers. Contact him for more information or to schedule a reading, workshop, seminar, mentorhip, or consultation.